Hello everyone! I’m sorry for skipping posts without notice and again have no better excuse than that life has been hectic lately. I’ve also fallen out of love with the kind of content I’m creating and I’ve been struggling to find the motivation to post. However, today’s post is one I would not have missed for anything because it’s my stop on The Never Tilting World Blog Tour organised by Caffeine Book Tours, managed by Shealea @ Shut Up, Shealea. I read The Bone Witch trilogy recently and became a huge fan, so I was over the moon when I got the email that I was a part of this blog tour. I really enjoyed reading The Never Tilting World, so I wanted to share the top 5 reasons why you should pick it up too. 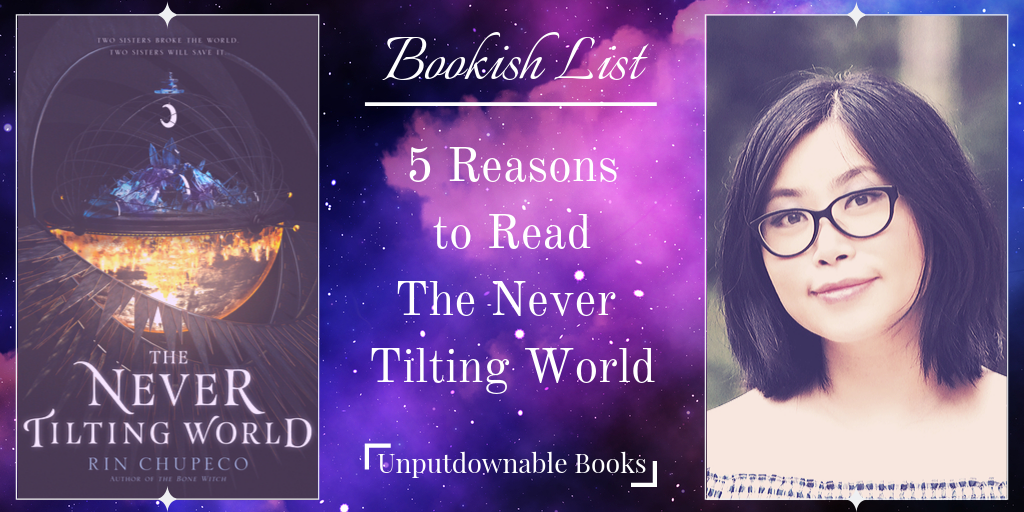 1. If you care about the environment

What will a future in which human actions have broken the world look like? This book will help you visualise that alarmingly probable fate. Acid rains, dying forests, sand seas and worse make up the ruined world of Aeon and reading about it provides a splash of cold reality that even the most skeptical cannot ignore.

I’m one of the few people who is not deeply in love with Avatar: The Last Airbender as I’ve never had the opportunity to see it, so the elemental magic system in this book reminded me of Doctor Strange. It deals a lot with patterns, gates and the different kinds of magic their combinations can bestow. In my head, this resembled the complicated, fiery patterns that the sorcerers in Doctor Strange wield but more colourful, so I think fans of the movie or comic will appreciate the unique magic introduced here.

3. If you crave slow burn romances

The only kind of romance I can get behind is the slow burn that always leaves me aching for more. There is a sizzling chemistry between two characters in this book that I was rooting for from the time they meet. A few romance tropes are employed but I enjoyed them nonetheless because it was developed so well by the author.

4. If you enjoy quests and magical journeys

As you all may know by now, the Lord of the Rings fangirl in me will pick up any fantasy book that promises a quest or adventure. I liked this one because of the world-building, the dangers encountered and the effect the journey has on each of the POV characters. There is never a dull moment as the writing is exquisite, so this is a magical journey book I’d highly recommend.

5. If you love diverse representation

There are 4 POVs in this book and we get a wide range of perspectives and representation with each character. There is disability, chronic illness and PTSD rep, characters of colour (coded as Asian) and a sapphic romance. As a person of colour and Asian myself, I really liked the portrayal and have heard good things from #OwnVoices reviewers about the other rep as well, so definitely add this diverse book to your TBR!

Generations of twin goddesses have long ruled Aeon. But seventeen years ago, one sister’s betrayal defied an ancient prophecy and split their world in two. The planet ceased to spin, and a Great Abyss now divides two realms: one cloaked in perpetual night, the other scorched by an unrelenting sun.

While one sister rules Aranth — a frozen city surrounded by a storm-wracked sea — her twin inhabits the sand-locked Golden City. Each goddess has raised a daughter, and each keeps her own secrets about her sister’s betrayal.

But when shadowy forces begin to call their daughters, Odessa and Haidee, back to the site of the Breaking, the two young goddesses — along with a powerful healer from Aranth, and a mouthy desert scavenger — set out on separate journeys across treacherous wastelands, desperate to heal their broken world. No matter the sacrifice it demands. 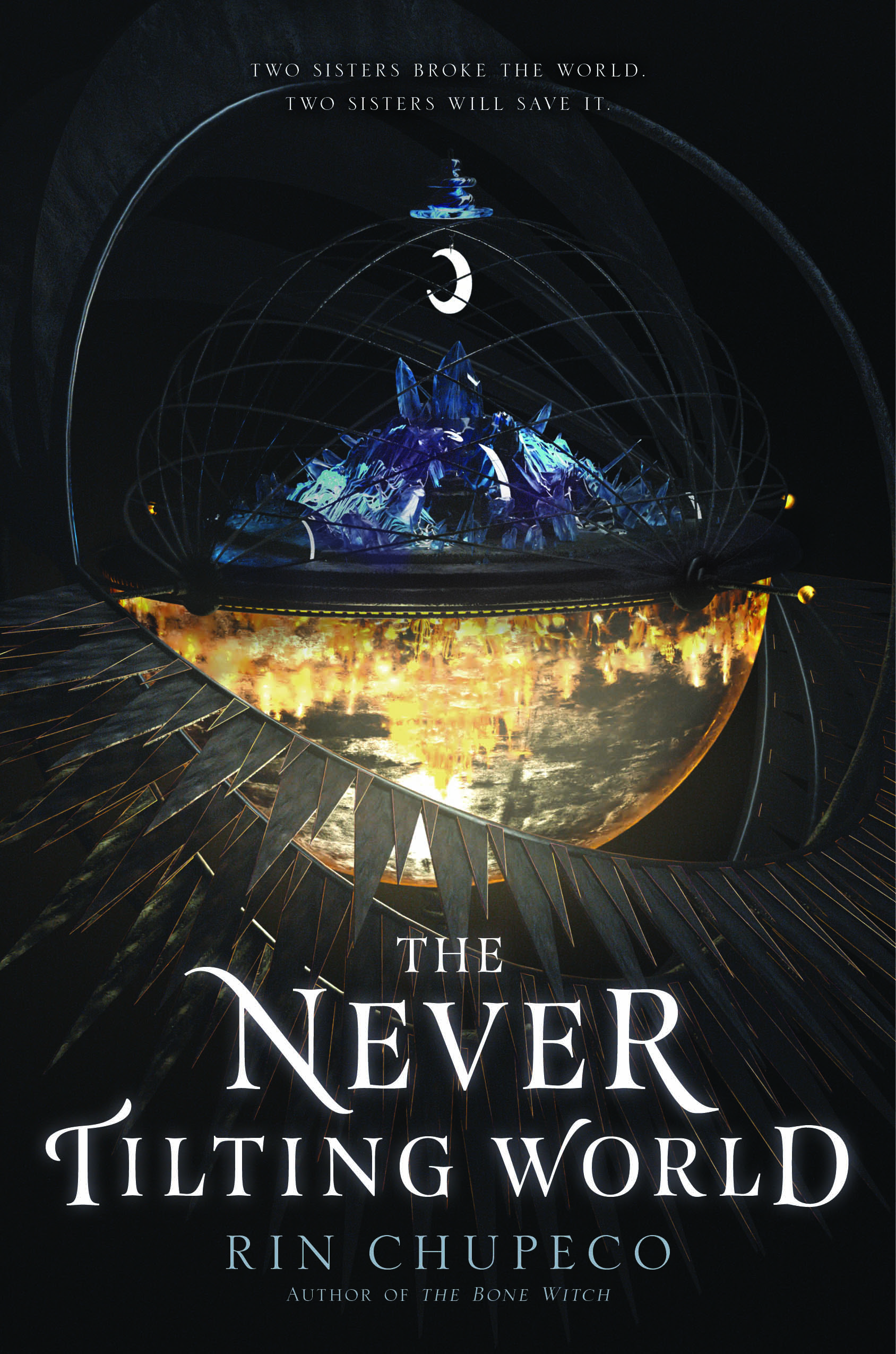 Rin Chupeco has written obscure manuals for complicated computer programs, talked people out of their money at event shows, and done many other terrible things. She now writes about ghosts and fantastic worlds but is still sometimes mistaken for a revenant. She is the author of The Girl from the Well, its sequel, The Suffering, and the Bone Witch trilogy. Despite an unsettling resemblance to Japanese revenants, Rin always maintains her sense of hummus. Born and raised in Manila, Philippines, she keeps four pets: a dog, two birds, and a husband. Dances like the neighbors are watching. 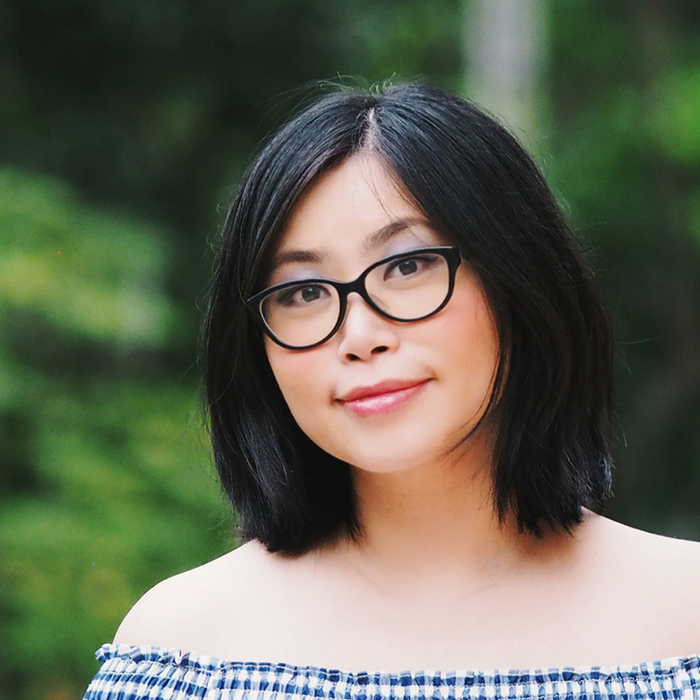 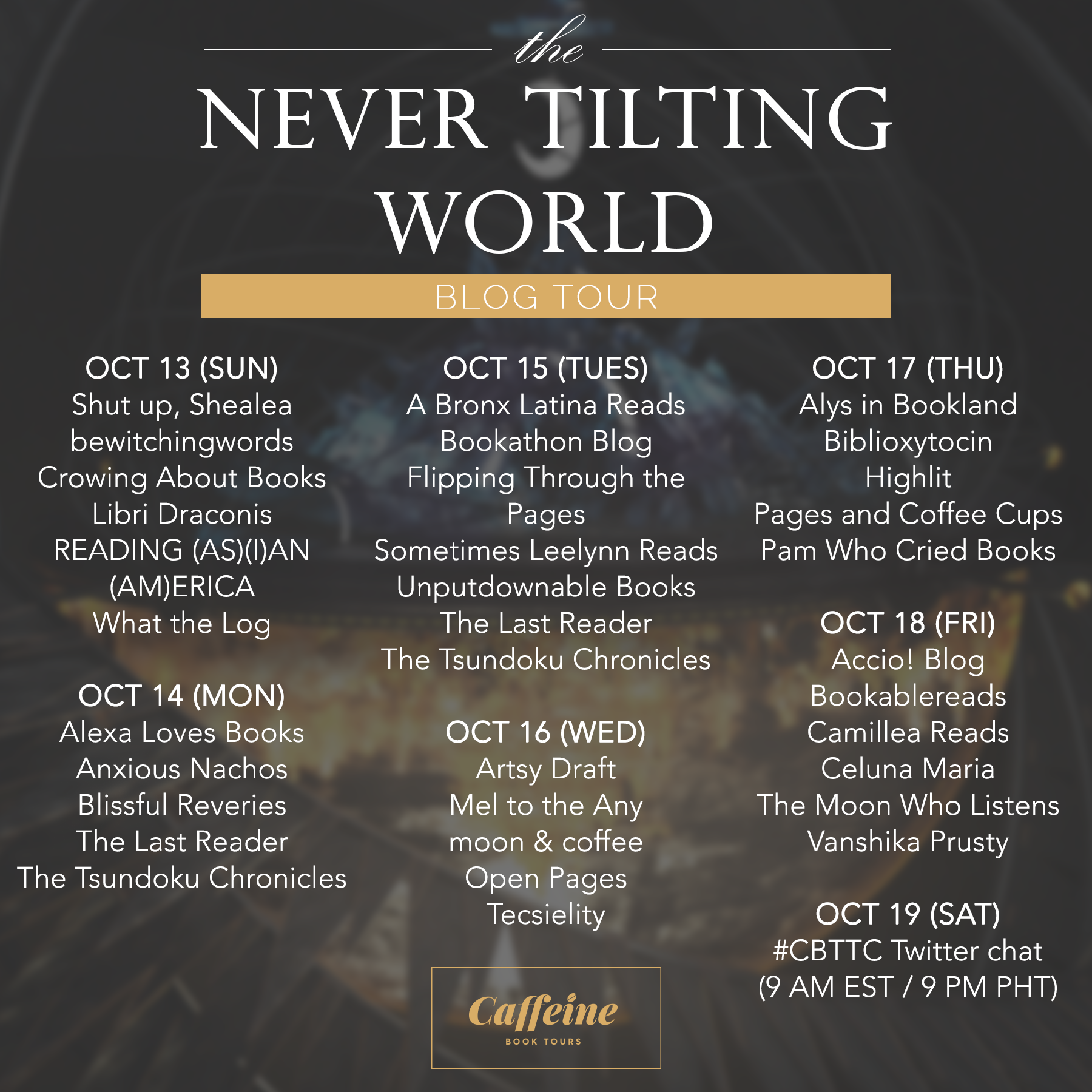 The Prize: Signed ARC of The Never Tilting World by Rin Chupeco. Open to Philippine residents only. 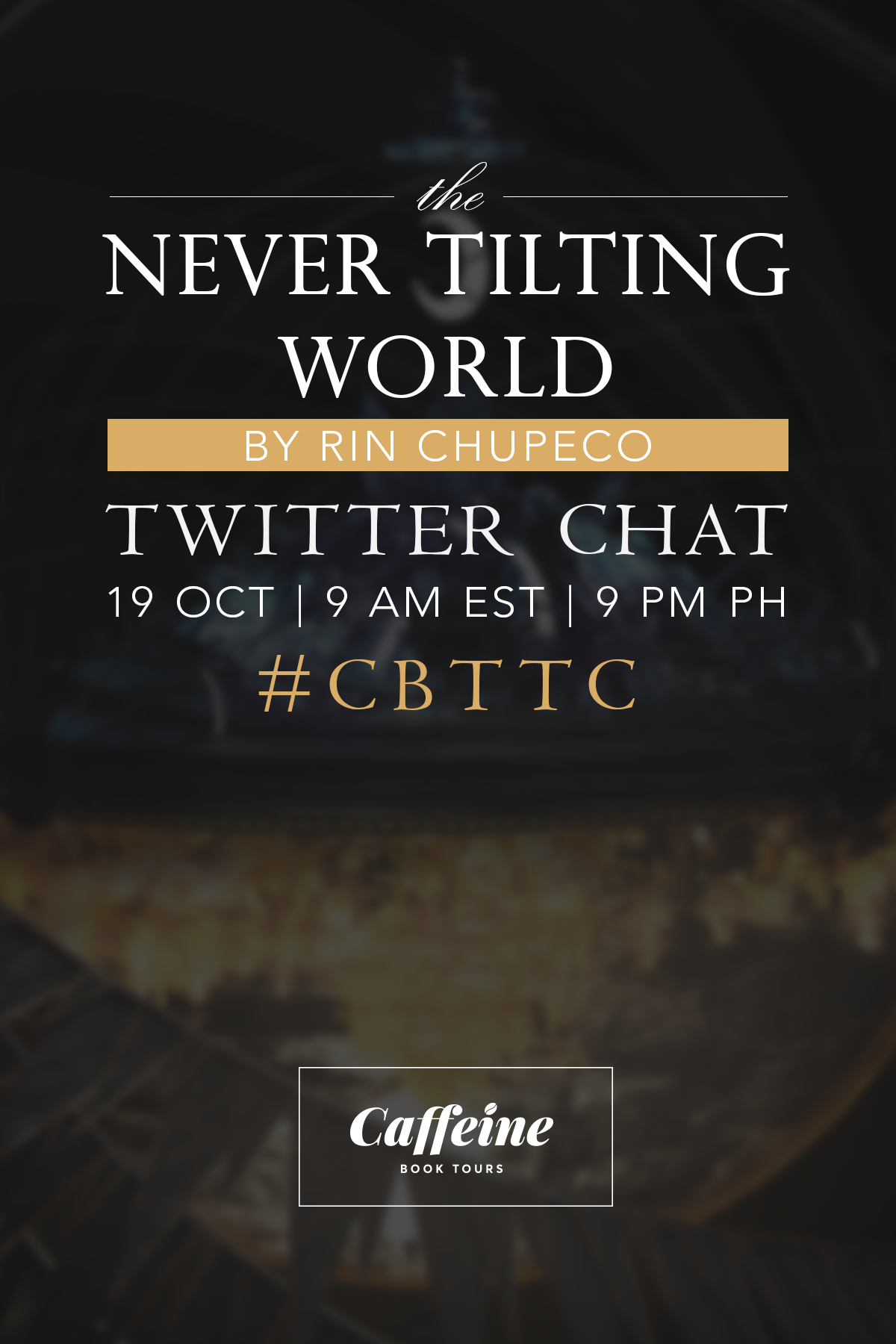 Did you know that The Never Tilting World is out in the world today? Was it already on your TBR or pre-order list? Have you read other books by Rin Chupeco? Let’s discuss in the comments section below! 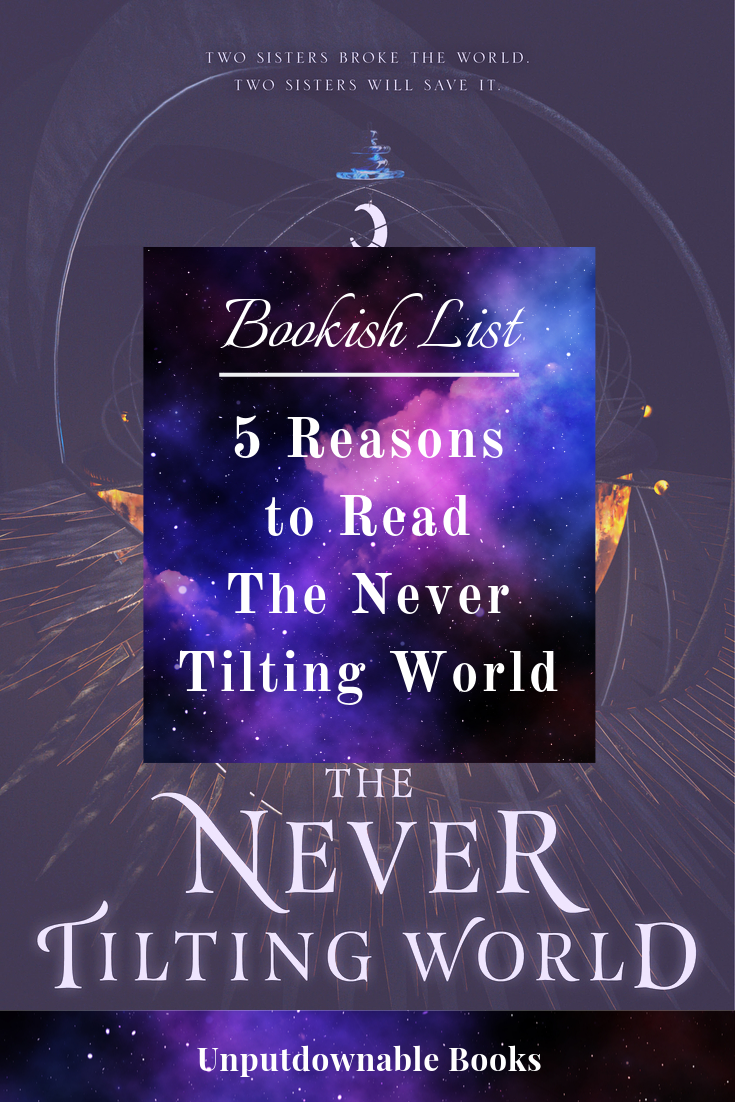