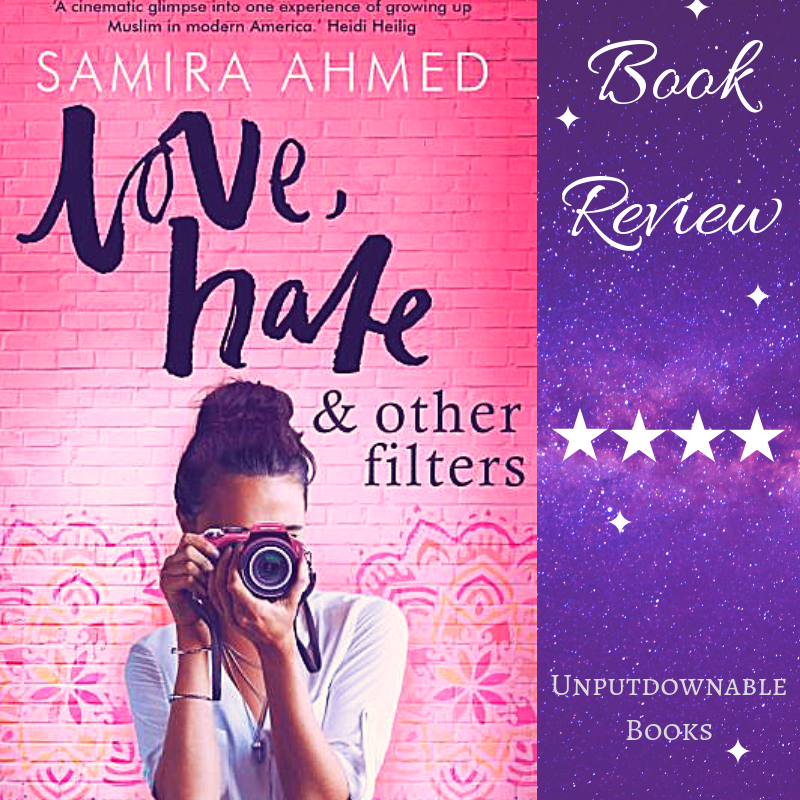 Maya Aziz is torn between futures: the one her parents expect for their good Indian daughter (i.e.; staying nearby in Chicago and being matched with a “suitable” Muslim boy), and the one where she goes to film school in New York City–and maybe, just maybe, kisses a guy she’s only known from afar. There’s the also the fun stuff, like laughing with her best friend Violet, making on-the-spot documentaries, sneaking away for private swimming lessons at a secret pond in the woods. But her world is shattered when a suicide bomber strikes in the American heartland; by chance, he shares Maya’s last name. What happens to the one Muslim family in town when their community is suddenly consumed with hatred and fear?

This was a highly anticipated YA release with an #OwnVoices Muslim representation and that consequently hyped up my expectations for it. When the book came out, I heard mixed reviews from my friends but I still wanted to give it a try, so I went into this one rather cautiously.

Maya as a protagonist had a unique voice and there were so many little things about her that made me feel as if I was just like her as a teenager. She was not perfect and learnt from her mistakes to become a better, stronger person. The conflicts and joys of growing up in a desi household brought a flood of memories to my mind and I could sympathize with her on several occasions. The parents were realistically portrayed and played a huge role in Maya’s life, an aspect that made the book stand out. My favourite character was her aunt, an independent woman who defied the norms and expectations of the conservative Indian-American community to forge her own path. The one part that didn’t sit well with me was the romance with Phil.

The plot had a lighter vibe to it than I was expecting, focusing more on Maya’s character arc and coming of age story than her experience as a Muslim teen in America. While the former was well done, I was lead to believe that there would be more emphasis on the latter, which disappointed me a little. However, I think this book is ground-breaking in terms of the discussion it sparks with regard to religion and race, accurately reflecting the prejudices that exist in the modern American community. It was an eye-opener for me to read this through the eyes of a teen who was personally victimised by such attitudes, having never gone through such ordeals myself. While the representation in this book may not have accounted for the wide range of experiences of the Muslim-American community, it’s still an important book that highlighted issues that deserve to be talked about more. Overall, I really enjoyed the themes explored in the narrative while the rest of it fell short of my expectations.

I would recommend this for people looking for a contemporary romance that doesn’t shy away from exploring dark themes. If you’re looking for #OwnVoices Muslim-American representation, this might be the one for you. I would pair this with some 2000s pop songs and delicious naan and curry.

Have you read this book? Are you going to add it to your TBR? Did you read any #OwnVoices books during this Ramadan? Let’s discuss in the comments section below. 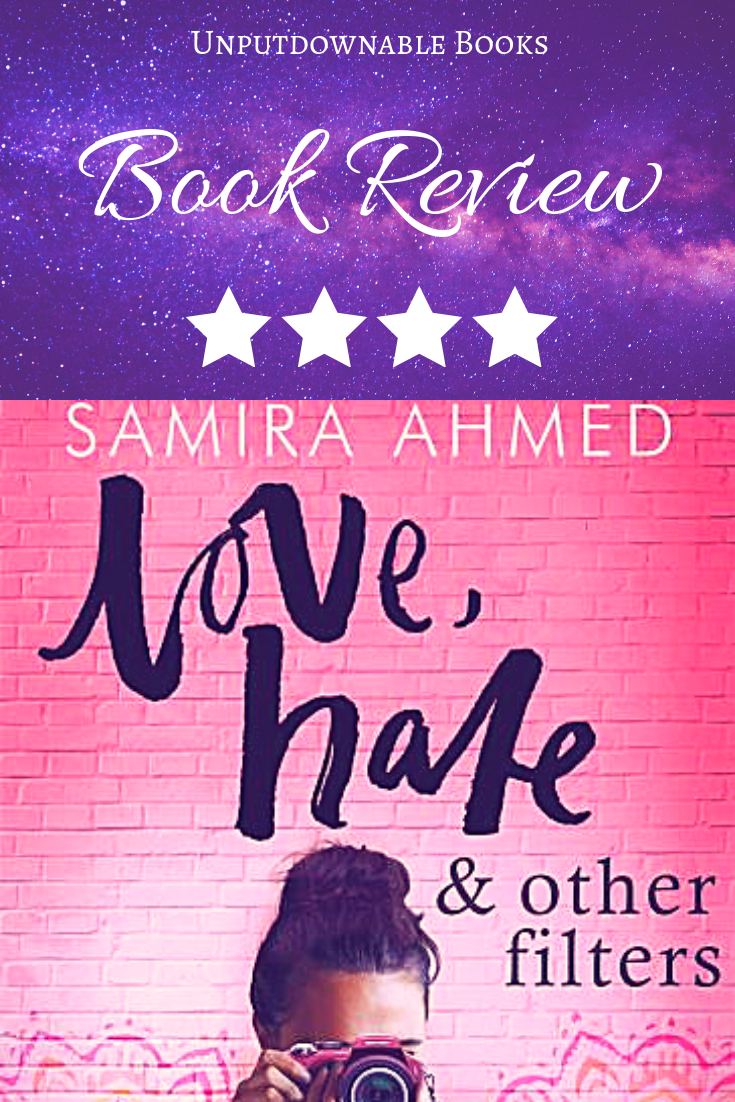 9 thoughts on “Book Review: Love, Hate and Other Filters”