Happy Star Wars Day and May, fellow nerds! It’s finally become slightly cooler thanks to a few timely storms and things are looking hopeful now that spring is everywhere. April was an amazing month in terms of reading because of the OWLs readathon. I also read some cool blog posts, successfully evaded Endgame and Game of Thrones spoilers and made new bookish friends. Some of my most anticipated books came out in April, which I had the pleasure of reading early copies of. Read on to find out which ones and what I’m looking forward to in May! 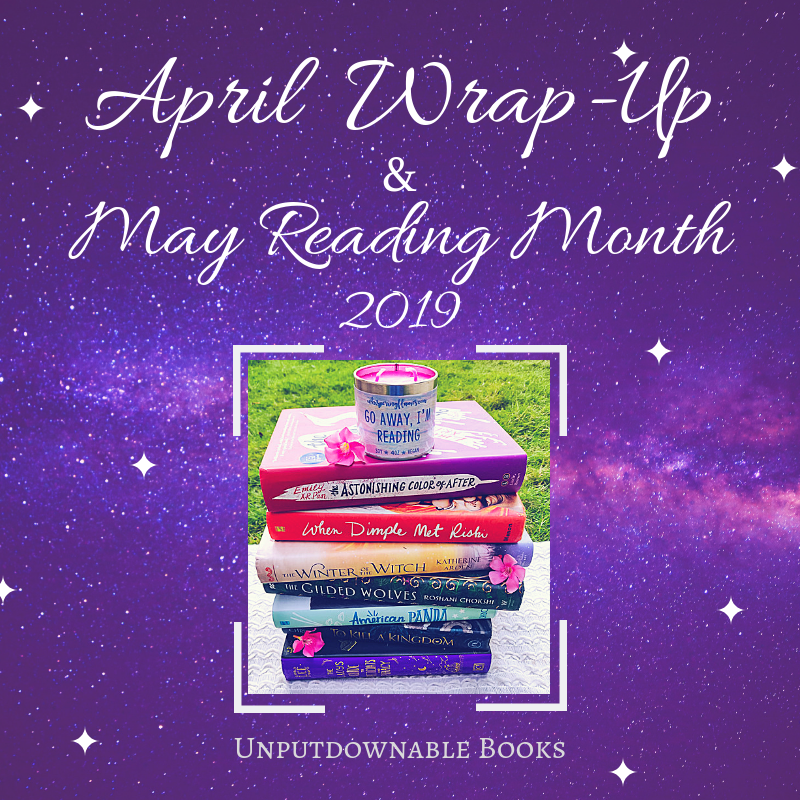 I read a record-breaking 7 books in April, the most I’ve read in any month this year and I’m quite proud of that! I started out with How Long ’til Black Future Month by N. K. Jemisin for Stars and Sorcery and got a taste of her amazing skill through this collection (read my full review). I then flew through All the Wandering Light by Heather Fawcett, the sequel to Even the Darkest Star, within a span of two days and it was a wonderful conclusion to the duology. Simon Teen had As Kismet Would Have It by Sandhya Menon on their Riveted Lit website for free, which warmed my heart with more adorable Dimple and Rishi moments. I picked up The Murder of Roger Ackroyd by Agatha Christie for Classics ‘N’ Christie book club next and was blown away by it so much that I consider it the best Christie I’ve read so far.

After that, I finished Aru Shah and the Song of Death by Roshani Chokshi, one of my most anticipated sequels by one of my favourite authors well before its release date and kept screaming at my friends to read the series because it was even better than the first book (check out my review for Book 1 and Book 2)! I couldn’t resist the allure of the shiny new ARC and devoured Hungry Hearts edited by Elsie Chapman and Caroline Tung Richmond, a deliciously diverse anthology about food, culture and so much more with some of the most talented authors in the industry contributing to it. My last read was another anticipated sequel, Kingdom of the Blazing Phoenix by Julie C. Dao, which I also liked better than its predecessor. It focused heavily on mythology, folklore, stories and magic with a quest plotline, which are some of my favourite aspects in a fantasy and I was impressed with the execution. I rated each and every book 5 stars, so I had an excellent month both quantity and quality-wise. 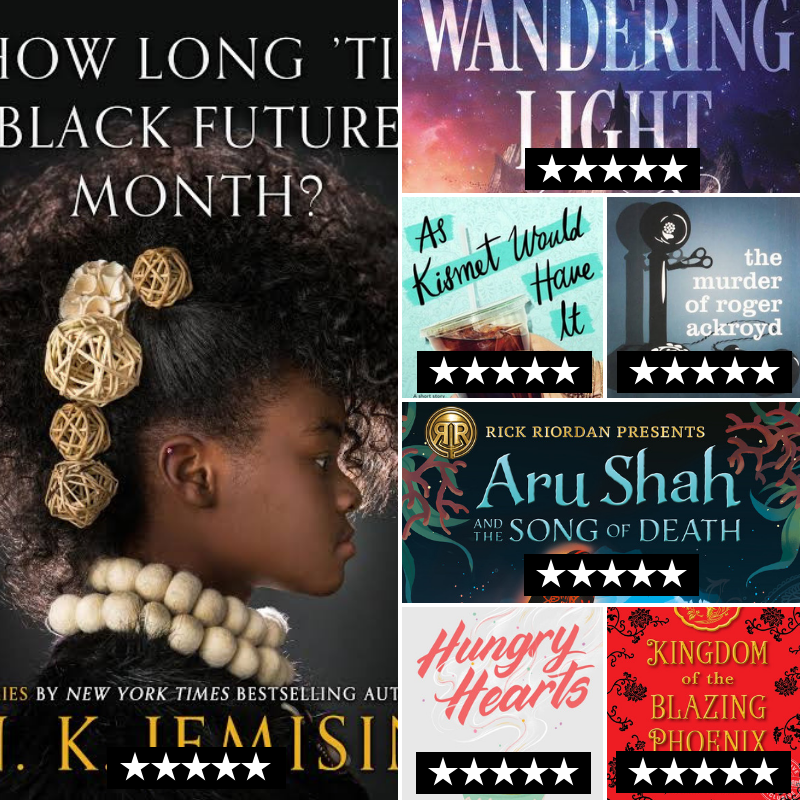 For my most anticipated fantasy reads of May 2019, check out my list of 15 new releases to watch out for between January-June 2019! 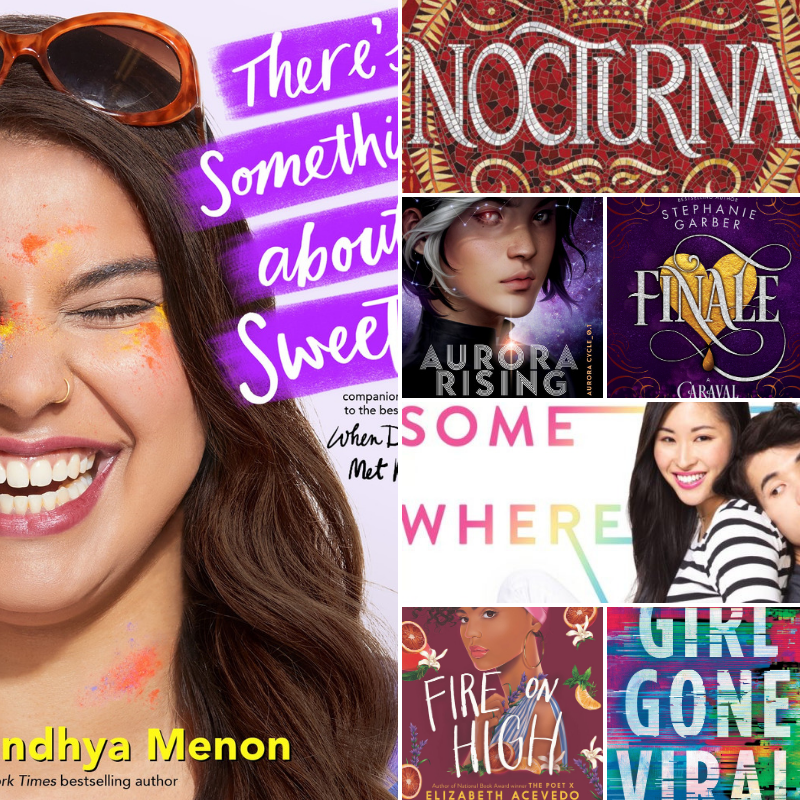 I’m doing two readathons this month – Asian Readathon hosted by Cindy @ Read with Cindy for the very first time and Asian Lit Bingo hosted by LitCelebrAsian, which I also took part in last year. I picked 5 books that fit the prompts of one column in the bingo and all the readathon ones. I already completed Pashmina by Nidhi Chanani, a short graphic novel, and started with Darius the Great is Not Okay by Adib Khorram, which I’m buddy reading with a Bookstagram friend. The other books are Dragon Pearl by Yoon Ha Lee, The Weight of Our Sky by Hanna Alkaf and The Three-Body Problem by Cixin Liu. I will be reading The Bone Witch by Rin Chupeco for Stars and Sorcery and The Big Four by Agatha Christie for the Classics n Christie book club. I hope I can finish them all this month and continue my streak from April!

How was April for you? How many books did you read? What are your plans for May? Let’s discuss in the comments section below. 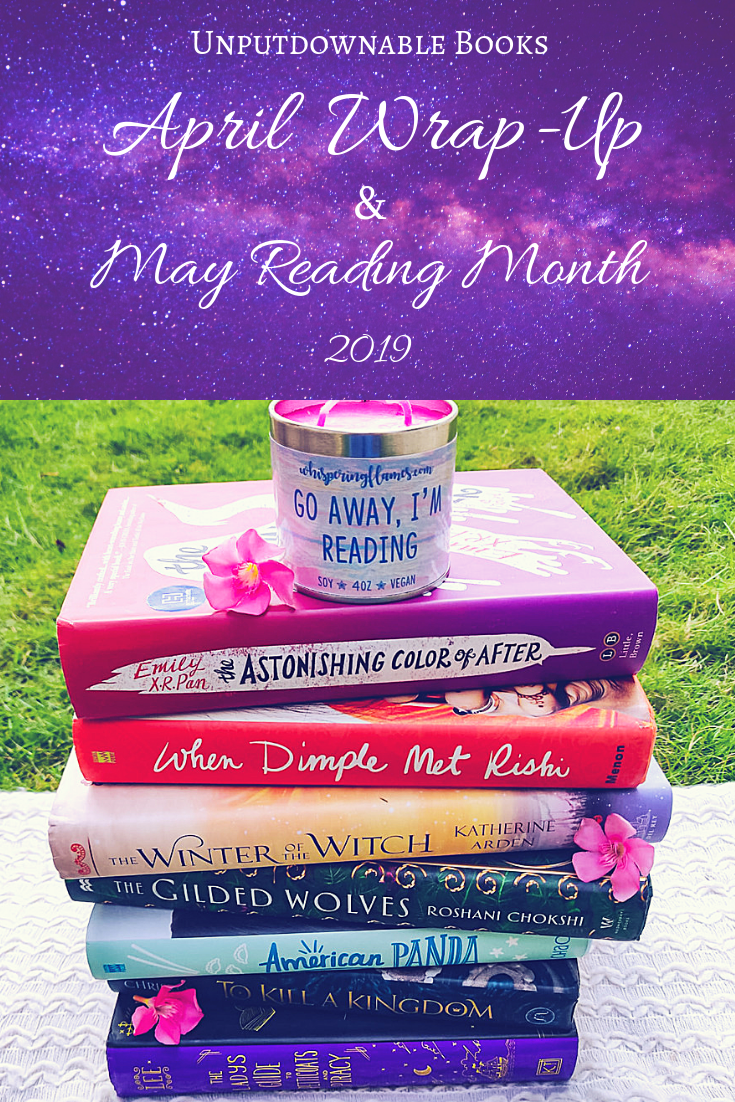