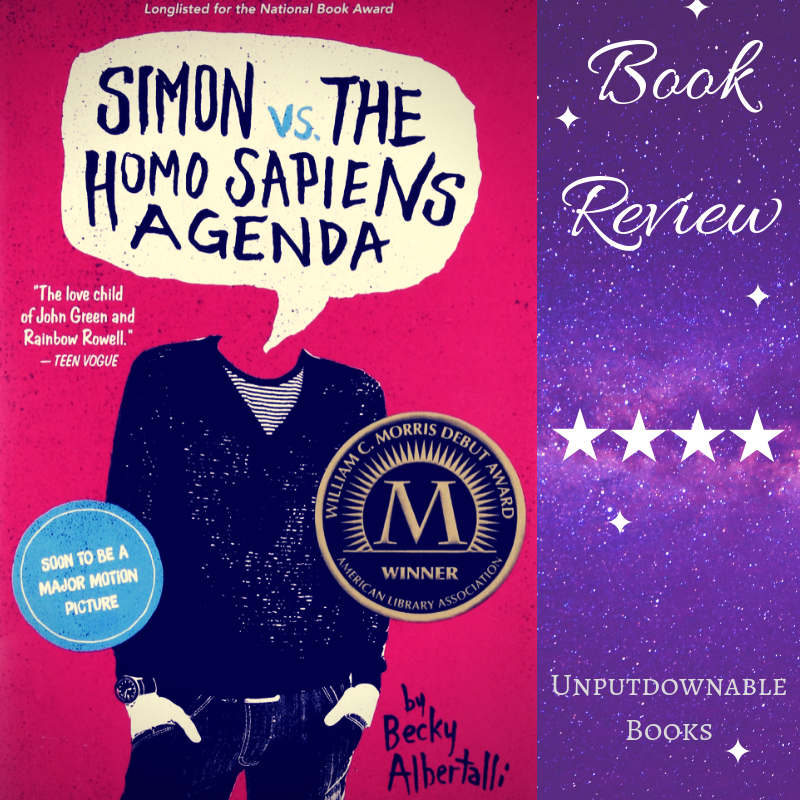 Sixteen-year-old and not-so-openly gay Simon Spier prefers to save his drama for the school musical. But when an email falls into the wrong hands, his secret is at risk of being thrust into the spotlight. Now Simon is actually being blackmailed: if he doesn’t play wingman for class clown Martin, his sexual identity will become everyone’s business. Worse, the privacy of Blue, the pen name of the boy he’s been emailing, will be compromised.

With some messy dynamics emerging in his once tight-knit group of friends, and his email correspondence with Blue growing more flirtatious every day, Simon’s junior year has suddenly gotten all kinds of complicated. Now, change-averse Simon has to find a way to step out of his comfort zone before he’s pushed out—without alienating his friends, compromising himself, or fumbling a shot at happiness with the most confusing, adorable guy he’s never met.

This book has made its mark as a classic in the gay contemporary genre. I was persuaded by my friend, Charvi, to pick this book up and I did so just after the movie buzz started getting really loud, so I was very excited to read it.

Simon was a very easy narrator to sympathise with. I loved the group dynamic he and his friends shared. His family was also very sweet and supportive throughout, which was nice to read about since I mostly read speculative fiction books with dead/absent parents. I also liked how the antagonist was handled and how characters were portrayed as normal human beings who made good or bad choices instead of making them outright evil or good.

The plot itself was quite simple and relied upon the characters to drive it forward. It was compelling enough for me to regret pausing the audiobook. Becky’s writing really clinched it for me. She was able to perfectly recreate how a sixteen-year-old boy thinks and functions. She had a good handle on her characters and interspersed the tough topics like homophobia and coming out with light-hearted moments. Reading the book felt like being wrapped up in a cosy hug of goodness. My favourite bits were all the mentions of Oreos.

The only reason I couldn’t give this book a full five stars is because I was spoiled for the identity of Blue and the mystery element was completely ruined for me because of that. Every red herring and wrong conclusion Simon came to was frustrating for me. If I hadn’t been spoiled, I’m sure this book would make it to my favourites list.

I would highly encourage anyone who is in the mood for a light and fluffy contemporary to pick this up, especially if you want a gay romance. For the music, I’d go for a romantic playlist or something with soft piano notes to build up the mood. As for the food, I’d suggest a pack of Oreos and milk.

Have you read this book? Have you watched the movie adaptation? If yes, what are your thoughts? Are there any other contemporary books you’d suggest for fans of the book? Let’s discuss in the comments section below. 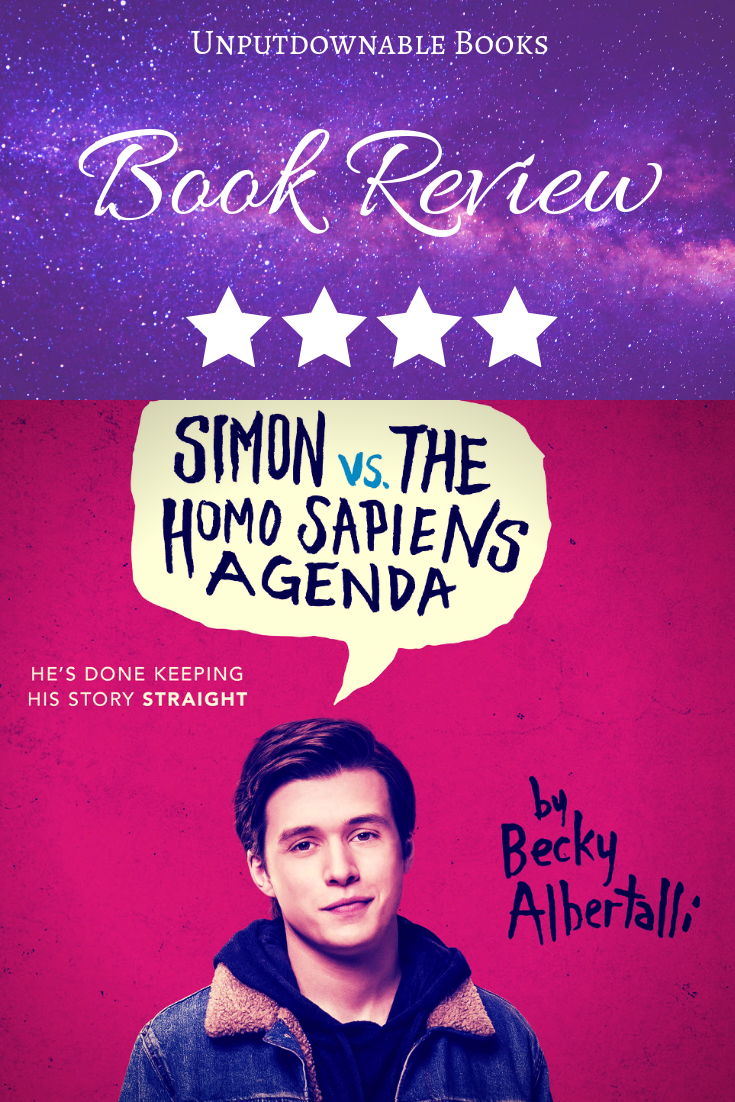 14 thoughts on “Book Review: Simon vs the Homo Sapiens Agenda”